For decades, he worked tirelessly to make himself the biggest movie star on the planet. Then he hit his “f***-it 50s” and everything changed. Now, as he prepares a raw new memoir ,a pair of films tackling racial themes and Marital truths .

Acclaimed actor Will Smith continues to open up about his marriage to Jada Pinkett Smith. The 53-year-old actor is featured in a new cover story for GQ, and discusses the revelations he has made in his upcoming memoir, ‘Will’

The Hitch star says that a lot of details regarding their relationship have already been made public, including Jada’s “entanglement” with singer August Alsina, which she opened up about on her Facebook Watch show, Red Table Talk, in July 2020. 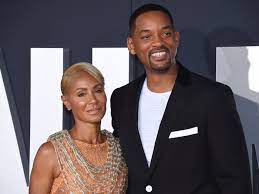 “Jada never believed in conventional marriage.… Jada had family members that had an unconventional relationship,” Will says of his wife of 23 years. “So she grew up in a way that was very different than how I grew up. There were significant endless discussions about, what is relational perfection? What is the perfect way to interact as a couple? And for the large part of our relationship, monogamy was what we chose, not thinking of ‘monogamy’ as the only relational perfection.”

“The pursuit of truth is the only way to be happy in this lifetime,” he shares. “And we sort of came to the agreement that authenticity was the release from the shackles of fame and public scrutiny.”

Will adds that despite the memes that popped up of him looking upset afterward Jada’s RTT episode, there was another reason behind his expression. 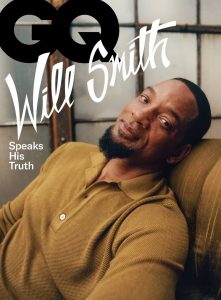 Where did it end exactly?

“It was midnight and we were going on vacation the next day,” he says, sharing that the details of the RTT discussion were years old. “It was like, no, no, no, guys, I’m not sad. I’m f**king exhausted.”

About extra-marital affairs, he says, “We have given each other trust and freedom, with the belief that everybody has to find their own way,” Will says of his and Jada’s arrangement. “And marriage for us can’t be a prison. And I don’t suggest our road for anybody. I don’t suggest this road for anybody. But the experiences that the freedoms that we’ve given one another and the unconditional support, to me, is the highest definition of love.”

About being involved with other women Will admitted to Boehm that dancer Misty Copeland and actress Halle Berry were high on his fantasy list, and even had her work on the list with him and had planned to contact the women.

Though Will and Jada are in a much better place now, he opens up in his book about some of the toughest moments in their marriage. The actor writes that they reached a breaking point in 2011 on Jada’s 40th birthday. He says he’d spent three years planning a private dinner for family and friends in Santa Fe, New Mexico, and did a screening of a documentary he’d commissioned that chronicled Jada’s life and traced her family’s lineage all the way back to slavery.

When the couple returned to their hotel that evening, Jada was silent before Will recalls her saying, “That was the most disgusting display of ego I have ever seen in my life.”

“Our marriage wasn’t working,” Will shares in his book. “We could no longer pretend. We were both miserable and clearly, something had to change.”

Smith has been nominated for five Golden Globe Awards and two Academy Awards and has won four Grammy Awards. During the late 1980s, he achieved modest fame as a rapper under the name the Fresh Prince.

For decades, Smith was driven by the desire to be the biggest movie star on earth—early in his career, he even came up with a formula based on the top 10 box office successes of all time. But over the last 10 years, Smith has become increasingly focused on evolving as a human being.

The actor’s memoir, Will, is to be released on Nov. 9.

Will Smith Turns 53, Set For Long Road Ahead To Entertain Fans