Ronit Bose Roy is one of the most renowned and popular faces of Indian television. The actor has been a part of several critically acclaimed projects, his show ‘Candy’ being the most recent one. Well, as the actor turned a year older today, celebrities from the entertainment industry were seen showering their heartiest wishes upon the actor.

Have a look at a few popular faces who took to their social media handles to wish the birthday boy.

Rohit Bose Roy who is Ronit Roy’s brother in real life took to his instagram handle to wish brother Ronit Roy on his birthday today. The actor shared two pictures with brother Ronit and wished him on his birthday. While Ronit was seen thanking brother Rohit, who he fondly calls ‘Cocli,’ in the first picture, In the second picture the actor was seen pulling Rohit’s legs for posting pictures in which he looks sharper than the birthday boy.

Have a look at Rohit’s pictures : 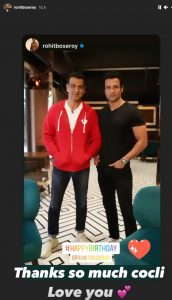 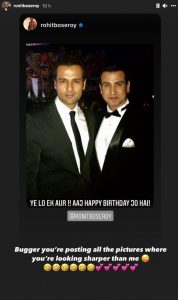 Aahana Kumra:
Popular actress Aahana Kumra was seen sharing a rather quirky picture of the birthday boy. In this picture, Ronit can be seen hanging upside down. Sharing this picture, Aahana asked Ronit to Hang in there and wished him a very Happy Birthday. 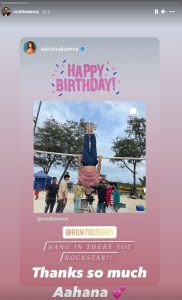 Sunil Grover :
The Star of the world of Comedy, Sunil Grover took to his social media handle to wish Ronit Bose Roy by sharing a selfie of the actor and wished him love, luck and good health. 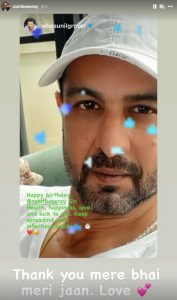 Prachi Shah Pandya:
Prachi Shah Pandya who was seen opposite Ronit Roy in Karan Johar’s film Student of the Year also wished Ronit a very happy birthday and went ahead to call him extremely talented too. 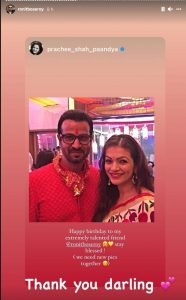 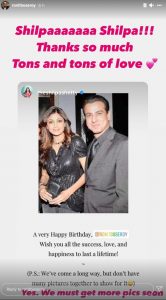 Suneil Shetty:
Bollywood actor Suneil Shetty shares a picture of Ronit Roy and wished him good luck and a beautiful year ahead. 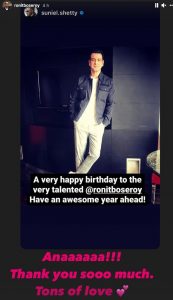 (Also Read: Ronit Roy Opens Up On Getting Help From Amitabh Bachchan, Akshay Kumar And Karan Johar During Pandemic; Reveals Them Paying For His Security Agency)

Well, We too extend our warm wishes towards Ronit Bose Roy on the occasion of his birthday today.