Maza Hoshil Na: With Aditya Being Bound By Dadamama’s Promise, Here Are A Few Plot-Twists To Expect Next In The Show

The recent happenings in the storyline of Maza Hoshil Na has created a wave of excitement among the fans. Considering the same, here are a few plot-twists we can expect further.

Why do we connect to a certain fictional character of a TV show or a movie? Many times we relate to the character’s personal traits or either with the situations they are dealing with in the story. Zee Marathi’s Maza Hoshil Na is one such show that is driven by conflicts much related to real life, it is definitely not a typical TV drama where we see a villain plotting plans against the protagonists, and that too with fizzy camera angles. And hence, it has deeply connected with the viewers.

Maa Hoshil Na is loaded with delightful moments and makes you feel unexplainable empathy for the story’s fictional characters. Aditya and Sai’s story has reached out to every household now, with the story being at its peak. There are a lot of mysteries yet to unfold in front of the viewers, with new story arcs coming out as a surprise in each and every episode of the show. And with the recent happenings in the storyline, it has induced a new wave of excitement among the viewers.

So with Aditya being bound by Dadamama’s promise, here are a few plot-twists we can expect from the show next:

As Aditya’s promise will hold him back in expressing his true feelings for Sai, we as the viewers believe that it would be Sai breaking the ice, and not only that considering the storyline we can expect Sai to evolve as a different character altogether. And this would be a treat from the viewer’s perspective experiencing various shades of a character. Bandhumama who has been a guiding light for Aditya’s love story might help Sai in winning the hearts of the Brahmes. And that would be something interesting we can expect in the plot. 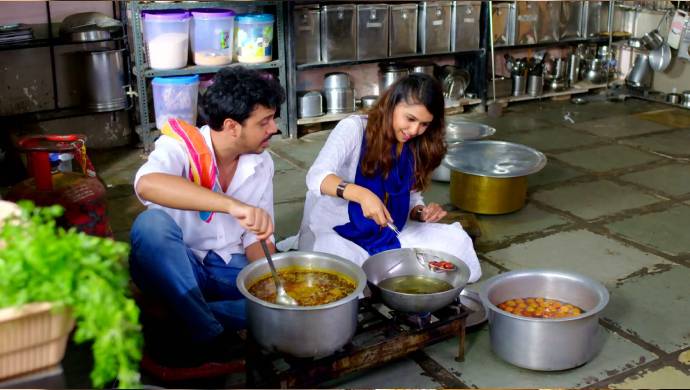 Birajdars have always been on the back front throughout the storyline and this might be a chance where we can see Sai’s parents taking a lead, adding further complications in Aditya and Sai’s story. They might look out for a well-settled guy for Sai, and who’s better than Suyash. While this is something we personally don’t want, yet it will take the conflict at its peak and watching Aditya and Sai overcome these problems would make up for a great watch.

Meghna As The Cupid

And this is one of our favorite plot-twists we could expect. As Aditya has agreed to marry Meghna, we will be seeing this duo sharing screen space once again. And now that Aditya is well aware of his feelings for Sai, he can confess it to Meghna. And what if Meghna will unknowingly act as a cupid in reuniting Aditya and Sai, that would really be a heartwarming twist in the story, evolving Meghna as a mature character. This is something we as the viewers would love to watch.

Well, it remains to be seen what is stored in for us.

Meanwhile, stay tuned to Zee5 for more such interesting stories.