Kristen Stewart spoke about agreeing to Princess Diana’s role in her upcoming movie ‘Spencer’. The actress claims that she hadn’t even read the script before “irresponsibly” saying yes to playing the part.

Kristen Stewart’s upcoming movie ‘Spencer’ has received early Oscar buzz for her portrayal of Princess Diana, which is now screening at autumn film festivals. The movie, which has been directed by Pablo Larran, has now become a part of the Toronto International Film Festival (TIFF). The actress opened up about stepping in the shoes of the late Princess Diana and how ‘irresponsibly’ she agreed to play this part.

Kristen Stewart claimed she hadn’t even read Steven Knight’s ‘Spencer’ script before confirming Larraín that she wanted to play the adored British icon, during a conversation broadcast as part of the Toronto International Film Festival. This came as a little surprise for her fans and the ones who are eagerly waiting for the most anticipated film. While many people spend their time learning everything there is to know about Diana and the royal family, Kristen Stewart came out as the absolute opposite. 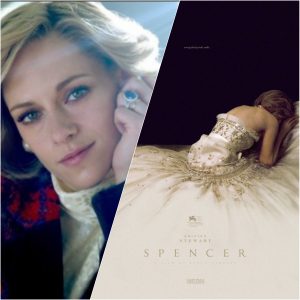 During a virtual TIFF discussion, the actor stated that she always felt Princess Diana was unusual but didn’t know much about her. “My first impressions of her were that she was really beautiful, almost cool and that she seemed like a nice person”, added Kristen Stewart. The actress further added how, as opposed to her usual instincts, she was not confident about doing justice to the part. She feared she might ruin it. Despite this fear, as soon as she was offered the part, she said “Yes!” The role of Princess Diana, who is one of the most loved and popular personalities in history, came as a little challenging for the actress. Kristen Stewart made sure to get everything correct by reading several biographies and working on her royal accent.

Kristen Stewart has been in limelight in the recent days for her role in ‘Spencer’. She has been seen in various premieres and shows with a vintage outlook, to put emphasis on her era inspiration. More clearly speaking, she not just stepped into the shoes of Princess Diana, but Chanel shoes. The luxury fashion brand Chanel has been an active part of the costumes designed for the movie. For the movie poster, Kristen Stewart was seen in a beige gown which was also a remake of Chanel’s vintage line.