Kareena Kapoor on the set of their new campaign for Little’s baby wipes, working alongside the cutest and smallest of co-stars. We see the actress totally involved in the filming setting as they drive home a very vital message about keeping the children in the parents’ lives clean while allowing them to explore their surroundings. Saif Ali Khan also filmed alongside Kareena for the new campaign, joining her in the adorable moments with their infant co-stars.

The video provides a behind-the-scenes peek at Kareena’s patience and joy with the babies they were filming with. Laughter, pleasure, and good humour filled the set as they shot. Check out the pictures from the shoot right here: 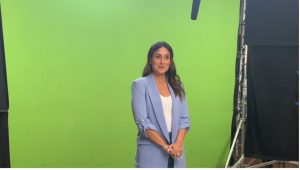 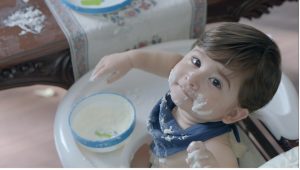 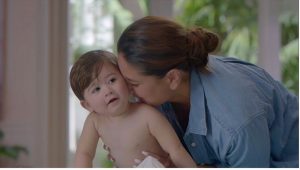 The entire atmosphere is filled with excitement and anxiousness, as you can see. Kareena and Saif manage to make a few laughs and socialise with the team in between rehearsals. Kareena Kapoor, a second-time mother of a toddler, chose to be affiliated with Little’s wet wipes since cleanliness is vitally important while raising children. This entire crew seemed to be excited and looking forward to the final advertisement.

Kareena Kapoor has been one of the most talked about mothers when it comes to the entertainment industry. Whether its during her pregnancies or her book launches or her movies releases, she is seen as someone who inspires people of age groups and keeps people in the tenterhooks always. She is someone who loves to be a mother, and enjoys every bit of it.

Not just with Taimur and Jeh, but even when Kareena plays a mother onscreen in her films, she is always giving out some strong message for women and society in general. That helps audiences come up with their own uninformed judgement about the actress. But she is someone who is known to speak her heart out, and when it comes to being a parent, she can give tips and tricks from her own pregnancies and thereafter the motherhood.

Which one of these pictures is your cutest of Kareena Kapoor? Share your thoughts with us.