As the popular show hits the four-year mark on TV, we look at the reasons behind its success.

The journey of Rana and Anjali in Tuzhat Jeev Rangala has been mesmerising. What started as an adorable love story between the couple, has culminated into a much complex plot full of twists and turns. Thanks to the love showered on the show, Tuzhat Jeev Rangala continues its successful run. The show recently added another feather in its cap by completing four years on TV. This was indeed a remarkable feat for the team who broke the news on Instagram. Both Hardeek Joshi aka Rana and Akshaya Deodhar aka Anjali shared this special achievement with their fans on social media.

You can watch the latest episode of the show here.

The show has carved its place in the hearts of many who just can’t live without watching it. The growing obsession with Anjali and Rana’s superhit jodi is evident on social media where the two are a hot topic for discussions. As this popular show completes four years, we look at what makes it special.

1. Crackling chemistry between Rana and Anjali

The show wouldn’t have been the same without Rana and Anjali’s crackling chemistry. Fans can’t get enough of their lovely romance which has been brought to life by Hardeek Joshi and Akshaya Deodhar. Ask anyone who their favourite pair on TV is and we bet half the answers would surely be Rana-Anjali! 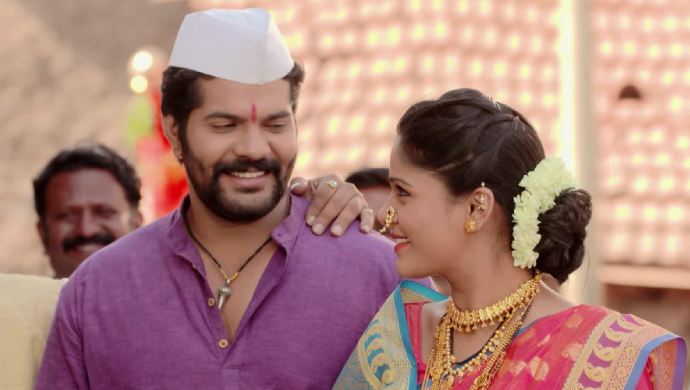 2. The polar opposite pair

A thing that’s unique to this pair is that the duo is absolutely polar opposites. While Anjali is a determined school teacher, Rana is an innocent small-time farmer. Not just that, the couple also comes from differing social backgrounds. Rana and Anjali fought against all odds just to be together. This is what makes the show relatable!

A show is remembered by its villains and Tuzhat Jeev Rangala boasts of many. The villainy began with Nandita Vahini who spew hatred against Rana-Anjali and flipped the family upside down. She wreaked havoc in the lives of the couple with her conniving schemes before getting arrested by the police. Apart from Nandita, there are other memorable antagonists like Mohite, Mama, Nivrutti, and Chanda, who turned up the heat with their wicked ideas.

We have seen numerous plot twists over the last four years. Rana reincarnating as Raja Rajagonda, the thrilling exposé of Vahinisaheb, Rana becoming a police officer, Anjali’s new avatar of Jiza, and the list can go on. These twists have certainly made the show an interesting watch.

We congratulate the team of Tuzhat Jeev Rangala for crossing the four-year mark and hope that it continues to entertain us for many more years to come.

If you’re thinking of revisiting the show, ZEE5 is the destination where you’ll find all the episodes available for free.