In recent episode, Rakhi Sawant and her husband Ritesh, alongside Rashami Desai and Abhijit Bichukale enjoyed dancing on Chura Ke Dil Mera, whilst Karan Kundrra filmed all of them. Other contestants were seen cheering them on from the sidelines

After Shamita Shetty and Devoleena’s fight, the controversial show Bigg Boss 15 has been trending on social media. Currently, we have been seeing how all contestants inside house have been constantly fighting and becoming violent.

However, other housemates were attempting to exert control over them. As the show is well-known for escalating fights between contestants, we all saw how the wildcard entries were dancing to an iconic 90s song Chura Ke Dil Mera which originally starred Shilpa Shetty and Akshay Kumar

In the most recent episode, we saw the wild card contestants performing on a song. Bigg Boss gave a task to the contestants inside the house wherein the VIP contestants Rakhi Sawant and her husband Ritesh, along with Rashami Desai and Abhijit Bichukale, had been paired and seen dancing on Chura Ke Dil Mera, while Karan Kundrra was seen filming all four of them. Other contestants were seen cheering them on from the sidelines. 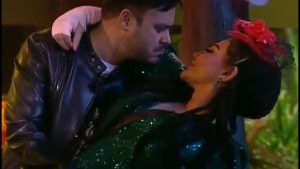 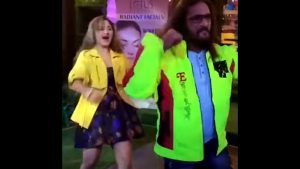 Previously, it was revealed that Bigg Boss 15 contestants are taking part in the ‘BB Games.’ Non-VIPs have a chance to regain their lost prize money of Rs. 50 lakhs, but VIPs must ensure that Non-VIPs do not win the games. Bigg Boss appoints Devoleena Bhattacharjee and Shamita Shetty as referees. While Tejasswi Prakash took first place in the first task, Rajiv Adatia took first place in the second. However, Devoleena Bhattacharjee claims that the Non-VIPs cheated during the games, which prevents Shamita and her from reaching a conclusion. This sparks an argument between the two ladies, which grows uglier by the second.

Shamita Shetty passes out in the middle of a heated argument. Karan Kundrra carries her inside for medical assistance. Rashami Desai, a supporter of Devoleena, is overheard saying, that Jitna bolegi, utna milega. Toh uski galti hain, le nahi sakti.