Anil Kapoor recently hosted the Global Citizen Award. Here are the pictures of the actor from the event, and he is looking absolutely breathtaking even at this age

Now that things have finally begun to open up in Mumbai, Bollywood celebs will be going offline for their events. Anil Kapoor presented the live Global Citizen Festival from the Gateway Of India. Isn’t that fascinating? The pictures of the same are going viral all over.

Since the lockdown world, Zoom and Google meetings have been our new reality. The Global Citizen Festival was broadcast live from Mumbai recently. Furthermore, it was presented by none other than Anil Kapoor. It was televised live, which will add to the excitement. Have a look at the pictures of Anil Kapoor from the event right here: 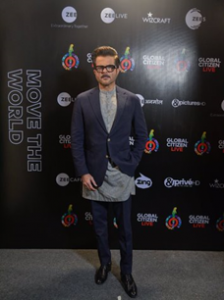 Anil Kapoor attends the Global Citizen LIVE 2021 red carpet, a once-in-a-generation day of global solidarity to call on world leaders, philanthropists, and businesses to preserve the planet and eliminate poverty by addressing climate change, hunger, and vaccination equality. Recently, Priyanka Chopra Jonas had shared a couple of photos from Global Citizen Live on her social media. 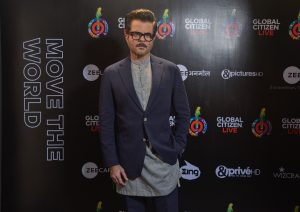 All of the festival’s action and live performances are now being aired LIVE on ZEE’s television networks, and audiences can now see the world’s most concerned artists and best performers on ZEE’s digital entertainment platform ZEE5 in India and around the world.

For the unversed, Global Citizen is the world’s biggest organisation of action takers and impact makers committed to eradicating extreme poverty by 2030. With over 10 million monthly supporters, our voices have the capacity to effect long-term change in the areas of sustainability, equality, and humanity. We post, tweet, message, vote, sign, and call to action those who can make things happen — government leaders, companies, philanthropists, artists, and people — with the goal of changing lives. By installing our app, Global Citizens may learn about the structural causes of extreme poverty, take action on those issues, and win incentives such as tickets to concerts, events, and experiences all across the globe.