Check out all the times when Zee TV characters were wrongly framed in rape cases in Zee TV shows.

Kumkum Bhagya is about to get interesting as Tanu (Leena Jumani) has decided to ploy a master plan against Abhi (Shabir Ahluwalia) and Pragya (Sriti Jha). She has decided to play her woman card and accuse Abhi of sexually assaulting her. Though it’s a fake case, Tanu has framed Abhi with proofs and turned the whole case in her favour. Well, that’s not the first time that one of our beloved Zee characters has been accused of rape charges. To recall other times, keep scrolling below.

In the show Kundali Bhagya, Monisha (Mahira Sharma) came in to destroy Karan Luthra’s (Dheeraj Dhoopar) career as she wanted to be with him and he was not interested. She planned a master plan wherein she accused him of raping her. Karan was then arrested in a fake rape case but Preeta managed to prove his innocence.

During Karan and Preeta’s (Shraddha Arya) honeymoon, Mahira (Swati Kapoor) decided to trick Karan. She kidnapped Preeta and then got him drunk so that he does not recognize who he is with. Mahira then captured Karan having some intimate moments with her and later decided to blackmail him for misbehaving with her. When they came back to Luthra house, Mahira blamed Karan but Preeta saved him like every time.

In Tujhse Hai Raabta, when Atharva and Sampada were conspiring against Kalyani (Reem Shaikh) and Malhar (Sehban Azim), they decided to frame Malhar in a fake rape case. A mysterious girl reported that Malhar tried to misbehave with her and he should resign as the ACP. Malhar was arrested but later he was proven innocent with the help of Kalyani.

In the show Kasamh Se, Jai (Ram Kapoor) married Bani (Prachi Desai) after Pia (Roshni Chopra) eloped from their wedding. However, Pia decided to return in his life. While he was already in love with Bani by then, Pia tricked Jai. Once Jai goes on a business trip, she follows him and spikes his drink to sexually assaults him. This leaves Jai shaken. Pia then gets pregnant and Jai is framed for it. Bani gets devastated after she gets to know about Jai and Pia’s alleged affair.

In Guddan Tumse Na Ho Payega, Vikrant wanted to destroy AJ (Nishant Singh Malkani) and so he used Alisha. Vikrant brainwashed Alisha and she framed him in a fake rape case. He was then asked to get married to Alisha. However, Guddan (Kanika Mann) got aware of his real intentions and she saves Alisha and AJ from his evil plans. 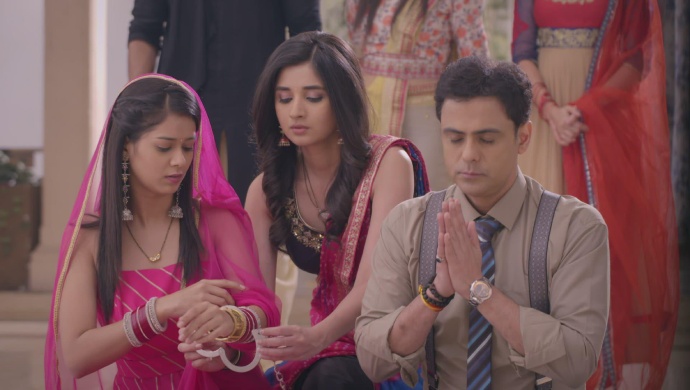 For such a daily dose of entertainment, keep watching ZEE5.