Here are some prominent Bollywood celebrities who have survived the battle against cancer.

February 4th is observed as World Cancer Day for spreading awareness about the deadly disease. It is a uniting initiative led by the Union for International Cancer Control (UICC). The day is observed to spread awareness about the prevention and ensuring proper treatment for the disease reaches all the affected people. Cancer still has no definite cure, but we have heard many inspiring stories of people fighting and defeating the disease. Here is a list of Bollywood celebrities who successfully defeated the disease.

The Canadian actress Lisa Ray, who has starred in multiple English and Hindi films had been diagnosed with multiple myeloma, which is a cancer of the plasma cells, in 2009. In 2010, the actress had shared that she had been freed from the disease but was not completely cured as this disease is not curable. You can watch her in the film Ishq Forever on ZEE5.

Actress Sonali Bendre, who has starred in multiple Hindi films and has also been a judge of reality shows, had been diagnosed with metastatic cancer in 2018. She underwent treatment for it in New York for five months and returned to work in early 2019. She has been well-known for her roles in movies like Jis Desh Mein Ganga Rehta Hai and Hum Saath Saath Hain.

Writer and director Anurag Basu battled blood cancer in 2004. He has been one of the best directors in Bollywood and has also been a judge in the reality show, India’s Best Draamebaaz on Zee TV, along with Sonali Bendre and Vivek Oberoi.

The veteran actress Mumtaz, whose charismatic roles in the 60s and the 70s won many hearts, was diagnosed with breast cancer in around 2001 when she was 54 years old. She battled it for 11 long years, ultimately defeating it. Some of her most loved movies include Prem Kahaani, Apna Desh, and Humjoli.

Manisha Koirala has been one of the most loved actresses of Bollywood. Beginning her Bollywood career in 1991 with Saudagar, she soon became a star. She was diagnosed with ovarian cancer in 2012 and was declared cancer-free in 2015, after undergoing treatment in New York. Besides Saudagar, some of her best movies include Mann, Moksh, and Gupt.

Tahira Kashyap, a writer, director and the wife of actor Ayushman Khurrana, was diagnosed with breast cancer in 2018. After undergoing treatment with mastectomy and chemotherapy, she emerged victorious, winning her battle against the disease. 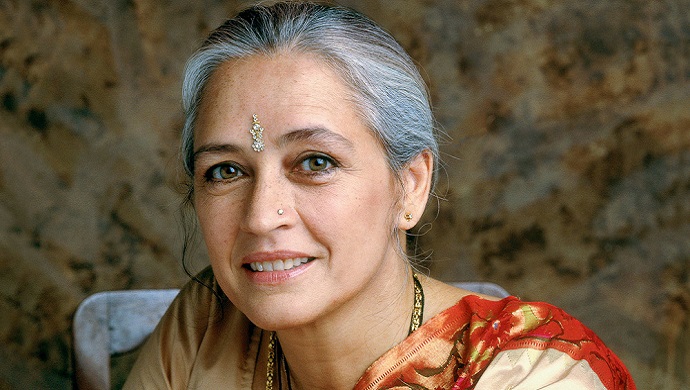 Actress Nafisa Ali was diagnosed with ovarian cancer in 2018. After her treatment, she won the battle and survived the disease. She has appeared in multiple films across languages in India. One of her Malayalam films includes BigB on ZEE5.

Bollywood actors Rakesh Roshan and Sanjay Dutt have also been diagnosed with cancer and are currently undergoing treatment. This World Cancer Day, let us pray for every other individual who is battling this disease.

Sanjay Dutt Is Eagerly Anticipating The Theatrical Release Of THESE 3 Films; Gives A Diplomatic Denial Towards Digital Airing – DEETS INSIDE

Sanjay Dutt Is Eagerly Anticipating The Theatrical Release Of THESE 3 Films; Gives A Diplomatic Denial Towards Digital Airing – DEETS INSIDE

Sanjay Dutt On His Battle With Cancer: Actor Shares His Experience That Will Give You Goosebumps – Deets Inside

Sanjay Dutt On His Battle With Cancer: Actor Shares His Experience That Will Give You Goosebumps – Deets Inside

KGF Chapter 2: Sanjay Dutt Gears Up To Yet Again Impress His Fans; Shares A Pic From His Dubbing Sesh- SEE PICS

KGF Chapter 2: Sanjay Dutt Gears Up To Yet Again Impress His Fans; Shares A Pic From His Dubbing Sesh- SEE PICS