What made Salman Khan threaten to leave his favorite show in the middle? Know the instances when he lost his patience and actually wanted to exit the Bigg Boss stage

During the weekend episode of season 6, Imam Siddiqui was angry and asked Salman Khan to SHUT UP! Later it was spread that due to the contestant’s misbehavior he might not be the host anymore. In season 7, the contestants Tanisha and Kushal fought like animals, and later she threw garbage at him. This irked Salman and he said this would be his last time on the show. 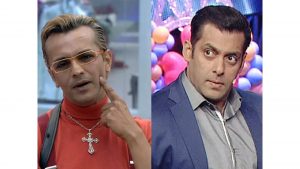 Season 10’s Priyanka Jagga often topped the news as the most controversial contestant. She took a dig at Manu Punjabi. She created bad comments about him when he was actually going through a bad time. This frustrated Salman and he almost left the show that day. Too much for anyone to handle! 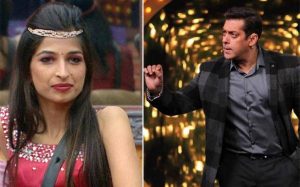 In season 12, he lashed out at Surbhi Rana, Shivashshish Mishra, and Srishty Rode. The fight inside the house got really bad and on that day Salman said he would never see something so aggressive and wants to leave the show ASAP.

But nothing can compare to his contribution in Season 13. This is the famous season of Asim Riaz and Sidharth Shukla. He really gave up on the show and said openly that he wants someone else to do it. Can you think of any other Salmans dramatic BB exits? (trust me there are many!)