On the talented actress’s 31st birthday, let’s look at five blockbuster films and entertaining shows that Prajakta has worked in.

Considered as one of the talented beauties on the silver screen, Prajakta Mali celebrates her 31st birthday today. The actress was born on August 8, 1989 and has since entertained us with her amazing acting skills. A trained dancer by passion but an actress by choice, Prajakta was always eager to be a part of the performing arts since childhood. In her starlit career, the actress has appeared in several projects including telly shows and films. On the actress’s birthday, let’s look at five such blockbuster films and shows on ZEE5 that Prajakta has worked in. We begin the list with her critically acclaimed film Hampi.

The actress starred in a film named Hampi opposite Sonalee Kulkarni and Lalit Prabhakar. The story of Hampi is based on the journey of a young girl who comes across a hippie traveler in the mystic city of Hampi. As the plot unfolds, their friendship blossoms into something beautiful which changes their lives forever. Prajakta had played the role of Girija in this film which released in 2017.

Sangharsh is a political drama that revolves around the story of three friends, Bhau, Manya, and Tavlya. All’s going well in the lives of the trio until some goons drag them into the underworld. Their connection with the mafia proves to be fatal for the friends who just can’t find their way out of it. Apart from Prajakta, Rajesh Shringarpure and Sangeeta Kapure played the lead roles in the film. You can watch it here.

Prajakta recently made it to the headlines by hosting a travel-based show called Mast Maharashtra on Zee Marathi. The actress takes us through the journey of exotic places and gives us a glimpse of the diversity of the state with this show. So, what are you waiting for? Hop on to experience the rich culture of Maharashtra along with Prajakta. Check the show out here.

The actress has also featured in the comedy-drama on Zee Marathi named Naktichya Lagnala Yaycha Ha. The show was set around the life of Nakti and her family’s struggle to find a prospective groom for her. Will they find someone worth their beloved daughter? Find out now by watching the hilarious tale of Nakti on ZEE5 here. 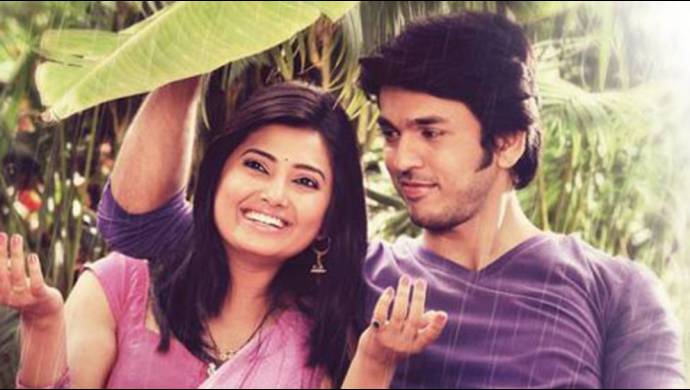 Prajakta rose to fame with the show called Julun Yeti Reshimgathi that aired on Zee Marathi. The actress was cast opposite Lalit Prabhakar and their lovely chemistry certainly became the talk of the town. The show focussed on the story of a couple Aditya and Meghana who stay aloof from their feelings for each other but ultimately fall in love. The show was well-received by the audience and was amongst the highly rated ones on TV back then. If you miss watching it, you should definitely check the show out here.

We wish the actress a very Happy Birthday!  Stay tuned to this space for more updates on your favourite actors from the Marathi telly and film industry.

Watch the latest ZEE5 Originals, films, and TV shows only on ZEE5!