Chembarathi: Here’s why Nandana can play a major role in solving the issues at Trichambarath

Nandana could be the key to solving all of the Trichambarath family’s current problems. Read on to know why we think so.

Trichambarath Akhilandeshwari might have made many wrong choices in her life, but one of her choices on Chembarathi that’s an absolute fan favourite is Nandana. Aravind never wanted to get married to Nandana. It was Akhila who made him do so, although now it feels like he couldn’t have gotten a better wife.

Towards the start of her journey at Trichambaram, Nandana was siding with the wrong people. But once she realised who her true allies are, she’s never looked back. Ever since that day, Nandana has loved and supported Kalyani like her own sister. But this never lessened the love and care she has for Akhila. And that’s why we feel she could really play a significant role at Trichambarath, especially now that Anand and Kalyani are not present.

Also Read: Pookalam Varavayi: Here’s how Samyuktha and others can counter Kalyani’s use of faith as a weapon

Nandana knows what an evil, cunning woman Vilasini is. She could keep an eye on the latter to stay a step ahead of her. She could even pretend to be on Vilasini and Priyanka’s side, understand their plans, and then secretly spoil them. 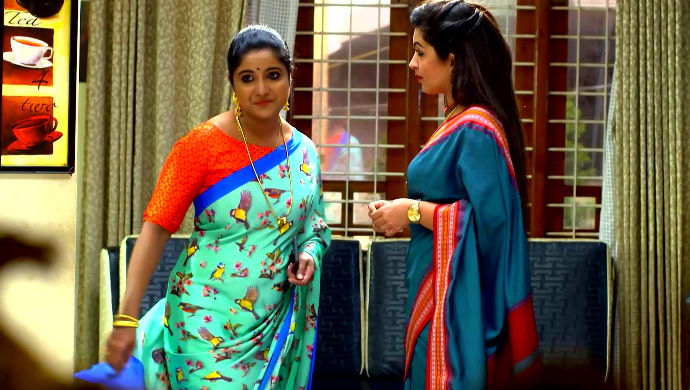 Moreover, if Nandana keeps an eye on Vilasini, she’ll surely notice that something is fishy with the way Vilasini worries about the vitamin tonic she’s been feeding to Akhila. If she realises that something is wrong, Nandana is smart enough to get the bottle tested to clarify her doubts. Once the results are in, she could know that the tonic contains some kind of slow poison. She can save Akhila’s life from the grave danger that Vilasini is pushing her into.

Also Read: Chembarathi: Here’s why challenging Akhila at the court could be a bad decision by Kalyani

Apart from this, Nandana has great relations with Kalyani as well as with Akhila. Since Nandana was Akhila’s choice, the latter always had a soft corner towards her. Moreover, Nandana understands both sides really well. While she empathises and supports Anand and Kalyani, she also understands what goes on in Akhila’s mind. We’ve seen her try to explain Akhila’s means and motives to Aravind multiple times. Hence, if she really tries, she could patch things up between them, making the Trichambarath family as strong as ever.