Celebrities meet on sets, work together and end up having feelings for each other. Sometimes, the feelings take them towards marriage, sadly sometimes they don’t

Bollywood celebrities are humans like us and they too fall in love and become soulmates. Sometimes, celebrity couples face problems in their relationship too, just like us. The sad reality of love fading away hurts their fans too. Here are Couples who fell in love on sets but broke up. 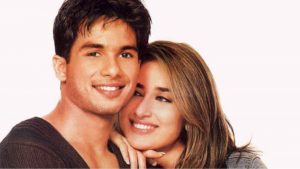 Shahid Kapoor and Kareena Kapoor met on the sets and were a much-talked-about couple who always were seen together on several occasions. They took their relationship to another level after appearing on Koffee With Karan together and spoke lengths about their love for each other. However, they both broke up after Kareen Kapoor met Saif Ali Khan during the shoot of her film, Tashan and both had to say goodbye to their relationship. They are on talking terms now as they both were in a film and there’s no bitterness now.

Anushka and Ranveer fell in love after both starred in Ranveer’s debut film, Band Baaja Baaraat. Both did not confirm their relationship before and kept it a secret. It was only after Ranveer dated Deepika that the truth of their relationship came out. They shot Dil Dhadakne Do and there was no awkwardness between the two and both of them now lead separate lives happily being married to other people and Anushka is also a mother now. Good for them! 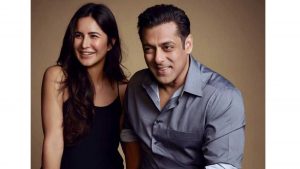 Salman Khan and Katrina Kaif have a history since Salman brought Katrina’s career into the spotlight. They dated at the very beginning of her career but that soon ended due to personal issues. Katrina then dated Ranbir Kapoor and Salman broke ties with Ranbir but was still in touch with Katrina and they both still work together.

(Also Read: List Of Bollywood Actors Who Experienced Casting Couch Too; You Won’t Believe It)

We wish these stars had a great chance together. But such is the life of a celebrity!