Agga Bai Sasubai: From Abhijeet – Asawari’s Wedding To Soham Faking His Degree, Here’s Taking A Look At Everything That Happened On The Show In 2020

Many incidents took place in Abhijeet and Asawari’s life in 2020. Take a look at some of the most notable events of the show.

Agga Bai Sasubai has come a long way since its release. A lot of incidents took place this year – in reel and real-life both. Nivedita Saraf survived COVID-19 while our beloved Ajoba Ravi Patwardhan passed away recently. However, the cast of Agga Bai Sasubai believes in the mantra that ‘the show must go on’. From Abhijeet Raje convincing Asawari to get married to him to moving out with her, loads of events took place and it was a long and interesting journey. As the year’s coming to an end, we decided to rewind the time and take a look at all the happenings.

2020 began on a good note as we saw Asawari falling in love with Abhijeet Raje. Shubhra played a cupid in their love story. Abhijeet took Datta’s (Ajoba’s) permission to get married to Asawari. However, she was in constant denial as she did not want to leave her old life behind and start a new one. Abhijeet and Datta convinced her and they eventually decided to get married. From her Mehendi ceremony to the wedding, we got to see many happy moments on the show. 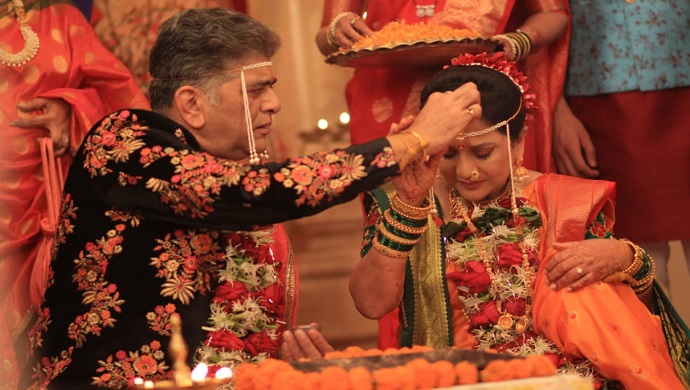 After Asawari moved in with Abhijeet, Soham managed to bring her back home saying that he missed her. Soon after, Abhijeet planned an adorable honeymoon for her that shook Soham. Even though he tried to ruin their honeymoon, Shubhra and Abhijeet made sure that Asawari was able to enjoy her honeymoon. In an episode, Asawari gets lost in the streets of Mount Abu and Soham blames her for going away but Shubhra and Abhijeet take her side. 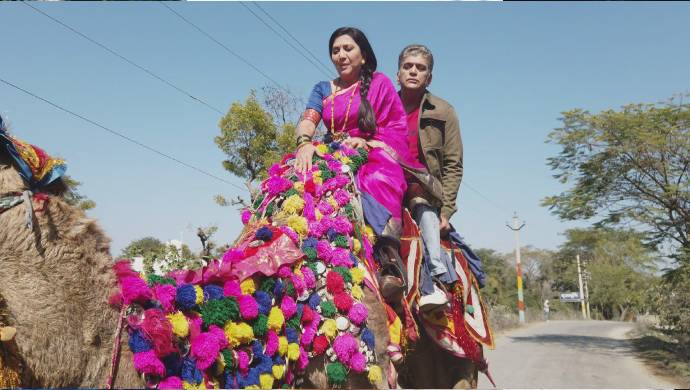 Abhijeet Raje gave Asawari her own debit card to spend money. However, Asawari gave it to Soham to help her understand it. Soham then grabbed the opportunity and stole all the money from Abhijeet’s account. While he was aware of Soham’s actions, he decided to keep it a secret.

Ajoba getting lost and deciding to leave the house

Soham makes Ajoba feel that he is becoming a burden in Asawari’s life. He leaves the house and tells everyone that he is going on a pilgrimage. However, he enrols himself in an old age home and starts living there. When Asawai visits the old age home for charity work, she realises that Ajoba has been lying all along. She brings him back and makes him realise that he wasn’t a burden for them. 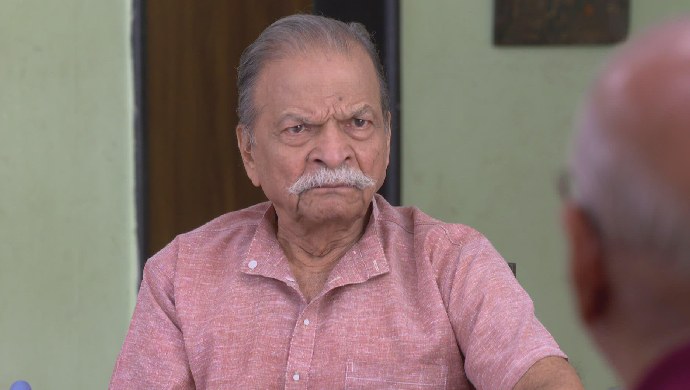 Soham’s truth about his fake degree

Soham loses his old job and tries to apply for a new one. When Abhijeet sets him up for a job interview, he gets rejected because of his fake degree. The entire family comes to know about it and they give him a good taste of his own medicine. Shubhra decides to leave him as he disrespects her because she has a job and he doesn’t. But Asawari convinces her to stay back. He behaves extremely rude with her and says that he doesn’t love her anymore.

Soham throws tantrums and decides to leave the house

Soham starts throwing tantrums that nobody loves him in the house. He leaves the house but Asawari brings him back. Abhijeet asks him to prove his worth by being able to stand on his own feet. Soham adds that if he earns well, Abhijeet must leave the house and they finalise a deal. Soham gets into the wrong business and earns money by taking it from people in the building. He makes his family believe that he is working hard. Soham gets caught as his building members start demanding their money.

Soham joins Abhijeet’s hotel as a cook. Asawari does not like it but wants Soham to work hard. Abhijeet tells him that if he proves himself, he will let him takeover his business. Soham fails at that as well.

Abhijeet gives away his business and his property to Soham

After trying umpteen number of times to make Soham understand his mistake, Abhijeet gives up. He eventually decides to give up his property to him and move out of the house with Asawari to live a better life. The couple moves in a small house near Vishwas’ house. Shubhra realises that they have shifted in a smaller space. She comes hunting for them and supports them.

In order to stand again on his feet, Abhijeet decides to start a new business. He sets up a business of pav bhaji on the street. He tries his best to collect some money and bring a small space for expanding his business. They inaugurate the new place. On the other hand, Shubhra and Maddy try their level best to keep the hotel running.

While Abhijeet and Asawari are leading on with their lives, what will be Soham’s next move to ruin it?