A Look At Akshay Kumar’s 5 Big Upcoming Projects In Detail!

The Khiladi Kumar of Bollywood made his acting debut with Mahesh Bhatt’s directed film Aaj in 1987. It was a small role but helped him get a few of the best opportunities in Indian Cinema

Aaj in 1987, Saugandh in 1991, and Khiladi in 1992! From a waiter in Bangkok to one of the leading actors in Bollywood, Akshay Kumar has always set his standards a step ahead. Two decades and over 140 films include a great deal of blood, sweat, and skill. His involvement with enthusiastic movies; mostly targeting society stereotypes and patriotism is a true inspiration to many. Comedy is his forte too. Perhaps that is the reason we call him ‘versatile’.

Starring Rohit Shetty’s Sooryavanshi with Katrina Kaif (the film was to release in 2020 and was postponed due to the pandemic). Since then the movie release date has been postponed. We might see it on the screens this year.

Next is Prithviraj, paired with the former Miss World Manushi Chillar. It is said to be a historical action drama by Yash Raj Films and might be released by November 2021.

Anand. L. Rai’s musical-romantic drama Atrangi Re starring Akshay Kumar, Sara Ali Khan, and Dhanush was to be released on 14th Feb’ 21. Due to a global pandemic, the film is said to be postponed and we don’t have any dates yet. 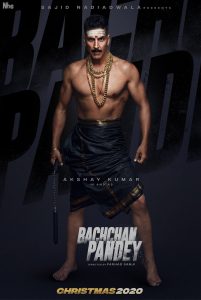 Sajid Nadiadwala’s Bachchan Pandey will be officially released in February 2022,

Ram Setu shootings are yet to begin. We are sure it doesn’t end here and the actor will come up with multiple motivating movies in the coming days.

He recently turned 54 but that does not make any difference in his flawless performances. His recent Bell Bottom was based on a plane hijack. The movie created a great impact on patriotism. No one would have played the role better than our Khiladi Kumar.