Sanjeeda Shaikh and Aamir Ali Gets Divorced; THIS Is What The Couple Remarks About Each Other – DEETS INSIDE

The rift between the couple Sanjeeda Shaikh and Aamir Ali sparked divorce rumours. Now finally sources have confirmed that the couple has filed the divorce and have legally separated

Divorces and breakups have become all too prevalent in Showbiz. Sometimes a short-term romance blossoms into a lovely story of love, while other times long-term romances end. When fans learn of the split of their favorite couples, they are devastated.

Aamir Ali and Sanjeeda Shaikh have separated after months of rumors about their split. We’ve learned that the pair didn’t want to publicly declare their judicial split either, despite the fact that they never acknowledged their breakup.

Ali and Shaikh did neither deny nor confirm the divorce when approached. Shaikh stated that she only wishes to see her kid pleased while keeping a no-comment approach. Ali, on the other hand, offered his wishes for Sanjeeda’s joy without saying anything. 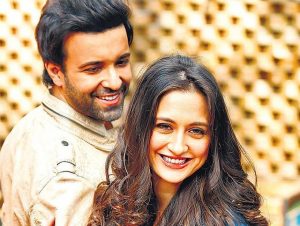 According to a source close to the couple, it’s been roughly nine months since the divorce proceedings were filed. They’ve both gone on with their lives. They’re both very private people, so they didn’t want to make an official declaration about the separation.

It’s also been revealed that Sanjeeda has possession of their two-year-old daughter Ayra, who is reportedly staying in her paternal home following the divorce. After years of relationship, the actor pair married in 2012. In the year 2020, news broke that their wedding had encountered a snag. They were rumored to be living independently. Following the speculations, it was discovered that the couple had a four-month-old surrogacy child.

Sanjeeda earned her tv and Bollywood debuts with Kyaa Hoga Nimmo Kaa and Baghban, respectively. She also starred as a vampire in the Star Plus serial Kayamath, which premiered in 2007. She appeared in Nach Baliye 3 with her husband Aamir Ali, and the duo won the competition.

(Also Read: Happy Birthday Sanjeeda Shaikh: 4 Ethnic Looks Of The Stunning Television Diva That Are Perfect For This Wedding Season)

In the 2014 film Ek Hasina Thi, Shaikh played Durga Thakur, an eager and self-assured young woman seeking retribution for her sister. The serial was a career-defining moment for her because her portrayal was praised by critics and audiences alike, and it was one of the most popular series at the time.