Khatron Ke Khiladi season 11 contestant Shweta Tiwari stunned netizens when she donned a beige coloured corset vest with a jacket and a pair of pants for the finale of the reality show. To our surprise, Palak Tiwari, Shweta Tiwari’s daughter even commented on her mother’s post, which will brighten your day

Shweta Tiwari was seen flaunting her fit and sexy body in her latest IG post as she took the Internet by storm with her pictures that proved that she is an absolute stunner. The actress had donned her beige outfit for the finale of the hit reality TV show Khatron Ke Khiladi season 11. Shweta Tiwari took to her IG handle and shared her set of pictures. The actress enjoys a 2.8 million followers fan base and often posts pictures with her family members and of herself in various ensembles.

Shweta Tiwari channeled her inner-boss lady in her latest IG post. In the photograph, the actress can be seen wearing a beige coloured corset vest with a jacket and a pair of pants to complete her look. Along with this, the actress chose to wear nude-tone make-up for her entire look. To accessorize her look, the actress wore a pair of gold-toned danglers and multiple gold rings which finished her look effortlessly. 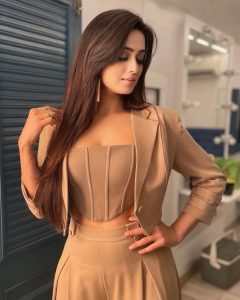 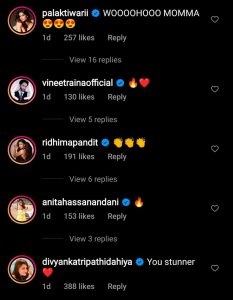 On the professional front, Shweta Tiwari was last seen in the film Mere Das Ki Dulhan, Begusarai, and many others. The actress was also seen in the reality show  Khatron Ke Khiladi 11 as a contestant and made us fall head over heels as she reached the top of the show. Shweta Tiwari’s posts are highly anticipated by fans.