Erica Fernandes was seen talking about facing her mental obstacles while sporting a geeky bespectacled look. She was looking great. Check out the now-viral pictures

Erica Fernandes, who rose to prominence with the adaptation of the TV show ‘Kasautii Zindagii Kay,’ is making waves on social media with photographs from a magazine photoshoot. The actress uploaded some stunning photos on social media, which quickly went viral. The actress was spotted relaxing in the sun and beach in her picturesque surroundings. Erica Fernandes rose to prominence after appearing in the popular programme ‘Kasautii Zindagii Kay.’ She also portrayed Sonakshi in ‘Kuch Rang Pyar Ke Aise Bhi,’ which helped her carve a niche in the television business. On the professional front, Erica appeared in the music video ‘Juda Kar Diya’ with Harshad Chopda.

Speaking about her own mental obstacles, she has always her fans something to look forward to. Here is her new geeky look which is going viral all over: 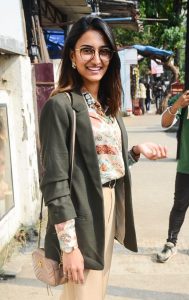 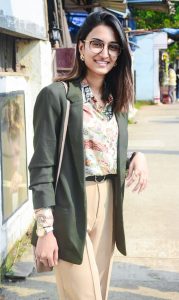 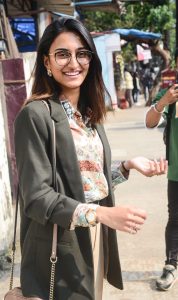 One of the most well-known actresses is Erica Fernandes. She may presently be seen in Kuch Rang Pyaar Ke Aise Bhi 3. Erica posted a video on her Instagram account in which she demonstrated several onscreen appearances. She has revealed the appearance of her on-screen character Sonakshi. And even invited followers to vote on which one they preferred. Fans were eager to reply and swamped her comment area as well. On social media, the actress has a sizable fan base. The show’s onscreen chemistry between her and Shaheer Sheikh is adored by viewers. The popular show’s third season focuses on their mother and father’s responsibilities.

Erica Fernandes has spoken about becoming independent and free of certain mental processes that she believes have favourably influenced her way of thinking.

While it is certainly important to speak about the freedom and independence that our country has gained and only increased over the years, Erica believes that highlighting personal achievements of being independent from anything that is not allowing us to grow as individuals is equally important on this day, as it contributes to the nation’s well-being.

Which pic among these is your favourite? Share your thoughts with us.