83 Trailer Out: Check Out The Top 5 Stills From Ranveer Singh-Deepika Padukone Starrer’s Nerve-Wrecking And Sentimental Journey

Recently the trailer of the most awaited film 83 has dropped and is already creating a buzz on social media. Fans of Ranveer Singh and Deepika Padukone have gone gaga over the power-packed trailer. Here are the top 5 scenes that will keep you glued to your screens

Fans have been eagerly anticipating the trailer for 83 since the first peek was unveiled. The teaser was just released a few days ago. In fact, the teaser alone generated a lot of buzz. Finally, the trailer has been released, and it is a visual delight for anyone who has seen the 1983 World Cup event. For those who didn’t, don’t be discouraged; this trailer will do the film justice and transport you to the era.
Here are the top five stills from the film’s 3 minutes 50-second trailer.

1. In this still, Ranveer Singh, who plays Kapil Dev, is seen showering during the match. Players call him out as wickets continue to fall, and Kapil Dev thinks it’s a joke. He then walks out and inquires about the score. Pankaj Tripathi says 4 wickets and the player responds with 9 runs. This scene is both amusing and nerve-wracking.

2. We witness Hardy Sandhu getting into an altercation with another player during their practice session in another still. Play ‘Cheeka’ gently, he says. The gamer claims he has no idea how to play slowly. While Hardy Sandhu threatens to hit this player, Kapil Dev adds, “Let it be cheeka doesn’t know defence.” This is clearly odd. 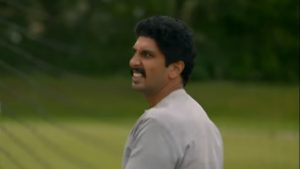 3. Ammy Virk and the tough Sandhu may be seen walking on the field in another shot. “Kal dekh lunga tumhe,” Hardy tells Ammy to inform the West Indies player. Ammy calls him and tells him he’ll see him tomorrow. This still will definitely crack you up. 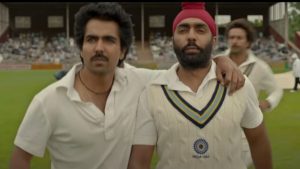 4. This is every Deepveer fan’s favourite scene since we get the first glimpse of Deepika Padukone, who plays Kapil Dev’s wife Romi Bhatia. She comes up to him and bids him well. Tomorrow is a do and die situation, according to Kapil. Romi chuckles and declares that it’s a ‘do or die situation. We have a feeling the two will have a lot of chemistry in here as well. 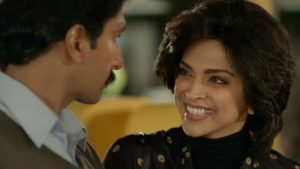 (Also Read: 83 Trailer Out: Ranveer Singh’s Sporty Charisma Will Transcend You Back To The 1983 World Cup As You Relish The Thrill – WATCH)

5. You’ll get shivers watching this thrilling scenario. We see Kapil Dev on the field at this moment. He slams the ball into the stands, shattering the glass, and propelling it into the chamber where all of the players are seated. After this stunning hit, Romi’s and the team’s reactions are captured. 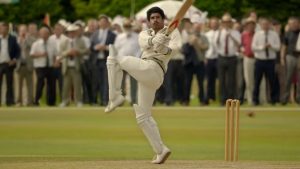 Seeing this sport’s journey unfold on the big screen would be a thrilling experience. The movie is set to be released on December 24th.