Ace singer Avina Shah took to social media to remember her stay at Cannes by sharing some of the hottest pictures and videos from her stay there. she is known for her great looks and outlashish outfits

Avina Shah has been one of the most popular foreign imports in India. She has not only been a great singer but also a great fashion star. Whenever she goes out to any event, she is known for her great looks and outlashish outfits. She was recently seen at the Cannes Film Festival and the pictures of the same went viral all over social media. Here are some of the pictures of Avina Shah walking the red carpet at Cannes.

Not only this, a video of Avina walking the red carpet had also gone viral. Today, as the pretty lady is remembering her Cannes walk fondly, she had shared some of these pictures on her social media, along with the video. Have a look: 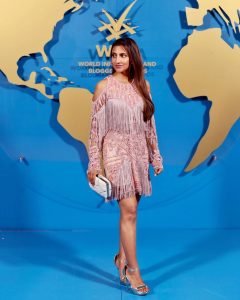 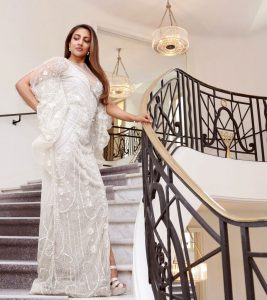 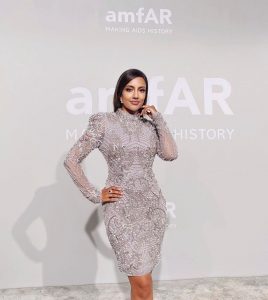 For the unversed, Avina Shah’s elegant style was breathtaking as she walked the Cannes red carpet with a stylish different look each day. Her glamorous dresses were enough to turn heads of photographers, influencers and other fashionistas present at the festival.

The singer, performer, entrepreneur is known for her hits like ‘Playboy’, ‘Husan Di Rani’ and ‘Groove’, where she collaborated with the Universe Boss Chris Gayle during the pandemic lockdown. She has also released two charity singles in the past year to help victims of the pandemic ‘Sitaron Pe Nazar’ and ‘Together’, where she collaborated with several influential artists to support the Red Cross charity in its fight against Covid.

Cannes was an incredible experience for her. It was amazing to meet and be surrounded by so many inspiring people for her. She was humbled at the response to all her varied Cannes outfits. On this day, she decided to give a huge shout out to her team for arranging the events and outfits for the entire week that she stayed at Cannes. She has always dreamed big and tried to reach for the stars. She has managed to do so quite often, and yet has never given up. She keeps going as high as possible, and soon we will see her new projects come out. It has been a great experience and we all are looking forward to her attending the Cannes film festival again in the future.

Which among these pics of Avina is your most favourite? Share your thoughts with us.