Nora Fatehi Shares A Cryptic Note Post ED Interrogation In Money Laundering Case; What Is The Actress Hinting At?

Nora Fatehi was questioned by ED in a money laundering case recently. Now the actress has shared a cryptic post on her Instagram stories. The thing to wonder is what Nora is hinting at

Nora Fatehi is one of the cutest and at the same time the hottest actresses in the Bollywood industry. She is at the forefront of acting, dancing, and modelling too. The Street Dancer 3 actress was summoned once again in connection with an alleged Rs 200-crore money-laundering case. The actress appeared before the Enforcement Directorate (ED) in Delhi on Thursday.

This all happened after the agency summoned her in the Rs 200 crore money laundering case of alleged conman Sukesh Chandrasekhar and Leena Paul. Amid all this, Nora Fatehi took to her social media account to share a cryptic note. The gorgeous actress took to her Instagram stories and shared a quote that reads “Somewhere along the way we traded human intimacy for online attention”. 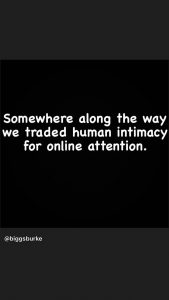 The quote shared by the actress has left us wondering what the actress has to say. The thing to wonder is if the post has a connection with her being summoned by the ED in a money laundering case. However, Nora Fatehi is no less than a fairy on land. She shares multiple photos of herself in which she looks absolutely stunning.

Nora Fatehi often gets snapped around the city when she steps out of her residence. The choices of the actress when it comes to picking up the best for her closet are apt. Nora Fatehi carries herself with such ease and nails all the outfits she wears. Whether it be Indian, western, gym outfit, or bikinis, Nora dons them all well. The actress always gives us major fashion goals.

Meanwhile, on the work front, Nora Fatehi will be next seen in John Abraham and Divya Khosla starrer Satyameva Jayate 2. She was last seen in Bhuj: The Pride of India. She shared the screen space with Ajay Devgn, Sonakshi Sinha, and Sharad Kelkar. The film was released digitally and received mixed reviews from the audience and the critics.