ZEE5 just released a new gripping crime thriller MumBhai starring Angad Bedi, Sikander Kher, and Sandeepa Dhar in the lead roles. Here is what we have to say about it. Read

ZEE5 Originals’ crime web series MumBhai, starring Angad Bedi, Sikander Kher, and Sandeepa Dhar in the lead roles just premiered on Thursday. The first season has 12 episodes of approximately 20 minutes run-time, and it has successfully managed to portray the ruthless world of crime and the intense dynamic between cops and gangsters in an impeccable way. Here is all that you need to know:

Bhaskar Shetty played by Angad Bedi runs away from Mangalore after brutally injuring his teacher who misbehaved with his mother. He reaches Mumbai and meets Rama (Sikander Kher) who gets him a job and becomes his guardian. Bhaskar grows up to become a maverick cop and joins the ATS with an aim to ‘clean up’ Mumbai. He rises through the ranks quickly and becomes a top encounter specialist. Meanwhile, Rama who is a local don continues with his underworld activities putting him in a position of conflict with Bhaskar. Even though Bhaskar and Rama truly share a very strong bond, the strength of their friendship is tested as the show progresses. Jealousy is also stirring in Bhaskar’s police colleagues who try to bring him down at any given chance. MumBhai is a story of passion and brotherhood that changes the fate of Bhaskar forever.

Mum Bhai is a gripping crime thriller that has left no stones unturned to portray how crime, extortion, drugs, and underworld ruled the city of Mumbai back in the 80s and 90s. The narration of Sharad Kelkar is one of the highlights of the series. His impeccable voiceover adds an emotional element to the visuals and is quite engaging. Sikander Kher‘s portrayal of a don with a South Indian dialect is spot on whereas Angad Bedi’s performance is nothing short of being spectacular. From dialogue delivery to expressions, he has truly done justice to his ‘good-cop-turns-bad’ role. Sandeepa, who stars as Vaishnavi (Bhaskar’s wife) has done a commendable job with her role. Her portrayal of a strong and independent girl is quite noteworthy. 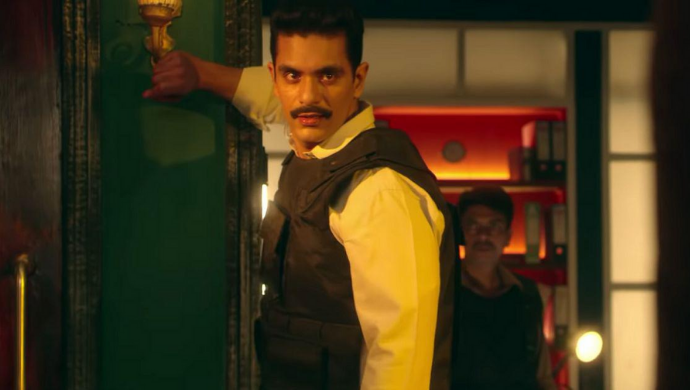 Director Akshay Chobey’s exemplary filmmaking skills are quite evident in this series. As the show runs in two timelines, the way he has incorporated a voice-over just makes it all easy to follow and resonate with. The colour palette of the series totally gives accurate vintage vibes and blends well with the storyline. The music especially is quite groovy and the electrifying sound effects and visuals are definitely a mood-setter. 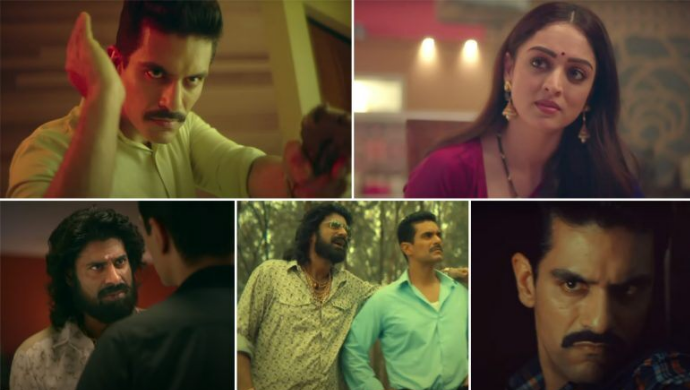 The trailers of this crime-drama have already received a thumbs-up from the audience and the series has done nothing but justice to it. It is overall a power-packed show with a steller cast which brings forth several aspects of the Mumbai underworld and is definitely a must-watch.