Kiara Advani often takes to her IG to share what her mind is thinking and ends up teaching her words of wisdom. Recently, the actress made a cryptic post about ‘Spending time with special people’

Kiara Advani has proved that she is an A-listed B-Town actress and there is no denying that. The Shershah actress often makes headlines for speaking her opinions which will make your jaws drop. Apart from being perfect from head to toe with her fashion sense and acting chops the diva often stuns us with her outfits and charismatic personality.

Kiara Advani had recently shared a cryptic post on her IG and had shared how spirituality is sexier than anything. She preached how spirituality can make you peaceful and kind. The actress has been grabbing headlines for all the reasons. 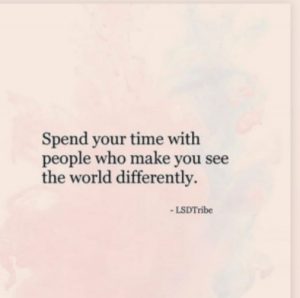 However, in her latest IG post the actress explained how we should choose our company and spend time with those who give us a different perspective of the world. Kiara Advani’s post is thought-provoking and it will leave you with a lot to ponder.

Kiara Advani was recently compared to B-Town’s evergreen actress Hema Malini and she had said that she feels great being compared to her but she likes to be her own person. Kiara had received a lot of appreciation when she had donned a red lehenga and blouse for her photoshoot. The actress looked drop-dead gorgeous in her stunning pictures.

On the professional front, the actress will be seen in Anees Bazmee’s Bhool Bhulaiyaa 2 with Kartik Aaryan. She also recently shot for Raj Mehta’s Jug Jugg Jeeyo with Varun Dhawan, Anil Kapoor and Neetu Kapoor. On the other hand, she also has Shashank Khaitan’s Mr Lele in the slew for herself.