Kiara Advani Shares Quote Of The Day; Her Words Of Wisdom Will Brighten Up Your Day

Kiara Advani is the most sought after actress B-Town. The Shershaah lead never fails to entice her audiences. Recently, she shared a quote for our lazy weekends that will surely impart some wise words of wisdom and make a major difference in our lives

Kiara Advani is loved by all her audiences and there is no denying that. The Shershaah lead has been sharing a series of cryptic posts via her gram that has been well received by the audiences. Kiara often shares updates from her professional life and they become a viral sensation in no time.

Kiara Advani has an amazing zeal for fitness and wellness too. The Kabir Singh actress has recently shared another post via her IG stories and it will surely make a difference in our lives. The actress shared a quote from a famous fashion designer and it reads how we should own who we are. We should try constantly to turn our imperfections into assets and our vulnerabilities into strengths. 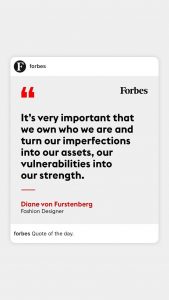 Kiara Advani’s message is surely imparting some important knowledge and wisdom into our lives. It also shows how the actress works hard towards her goals and achieves them too. The actress had previously shared how spirituality is the best consciousness we can achieve. How it makes us peaceful, kind, beautiful and attractive.

Kiara Advani was recently compared to B-Town’s evergreen actress Hema Malini and she had said that she feels great being compared to her but she likes to be her person. Kiara had received a lot of appreciation when she had donned a red lehenga and blouse for her photoshoot. The actress looked drop-dead gorgeous in her stunning pictures.

On the professional front, the actress will be seen in Anees Bazmee’s Bhool Bhulaiyaa 2 with Kartik Aaryan. She also recently shot for Raj Mehta’s Jug Jugg Jeeyo with Varun Dhawan, Anil Kapoor and Neetu Kapoor. On the other hand, she also has Shashank Khaitan’s Mr Lele in the slew for herself.