Kiara Advani will brighten up your day and will leave you enlightened for the day. Shershaah lead took to her IG stories to share how important it is to propagate spirituality over sexiness and how it can make one conscious and attractive in every way of life

Kiara Advani always keeps her audiences attracted to her social media handles. The diva can make you forget the world with her million-dollar smile and her acting skills are spot on. The Shershaah actress is still basking on the glory of her previous flick and now she is back on shoot days. 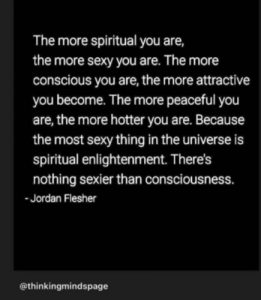 Kiara Is known to speak her mind whenever she gets a bold question asked, the actress has opened up about her B-Town journey and said how she had to learn how to be thick-skinned and all the appreciation that she is receiving now didn’t come easily to her.

Kiara Advani is dating B-Town’s handsome hunk Sidharth Malhotra and the two are basking in the glory of their movie Shershaah. The duo is the Internet’s most favourite couple and their posts and videos are loved by many. The actress had recently posted an IG reel with co-star Varun Dhawan which had sent her fans in a tizzy.

(ALSO READ – Kiara Advani Dating History; We Bet You Didn’t Know About All The Men Kiara Was Rumoured To Be In Love )

Kiara Advani is loved by all her fans and on the professional front, the actress will be seen in Anees Bazmee’s Bhool Bhulaiyaa 2 with Kartik Aaryan. She also recently shot for Raj Mehta’s Jug Jugg Jeeyo with Varun Dhawan, Anil Kapoor and Neetu Kapoor. On the other hand, she also has Shashank Khaitan’s Mr Lele in the slew for herself.