International Day Of Families: If We Were to Make A Dream Family With TV Characters, Here’s Whom We’d Pick

Preeta as a daughter-in-law, Veer as an elder brother and Chandrani as a mother-in-law and more. Read this to know which characters would we choose in our ideal family.

Family is always a pillar of strength for any person. No matter what problem one is facing, with the love and support of their family, any problem can be overcome. And our Zee TV families are proof of that. Whether it’s the wife fighting for her husband, a father-in-law supporting her daughter-in-law or a grandmother lying for their grandchildren, we’ve seen all of it happen on Zee shows. Although there are certain characters we would never want to be in our family aka the villains.

This Internation Day of Families (May 15), if we could make our dream family, here are the characters we would’ve picked, much like ZEE5’s Super Family League, where you are supposed to draft a family consisting of Zee characters. Once your superfamily is ready, the participants would earn scores based on the actions that their teammates will do in the episodes. While we loved that game, we thought of sharing what our ideal team would look like with our readers. Have a look.

Madanlal aka Mahi’s Dadaji from Teri Meri Ikk Jindri is one of the coolest grandfathers we’ve ever seen. He encouraged Mahi in all her mischiefs and was more like a friend to her. Now, who wouldn’t want to have a grandfather who’s also your closest friend and confidante?

Raj Mata from Apna Time Bhi Aayega despite being the eldest member of the Royal family was one of the few people who treated Rani well. In fact, recently, she even lied for Rani’s admission. She would surely be an amazing addition to our dream family. 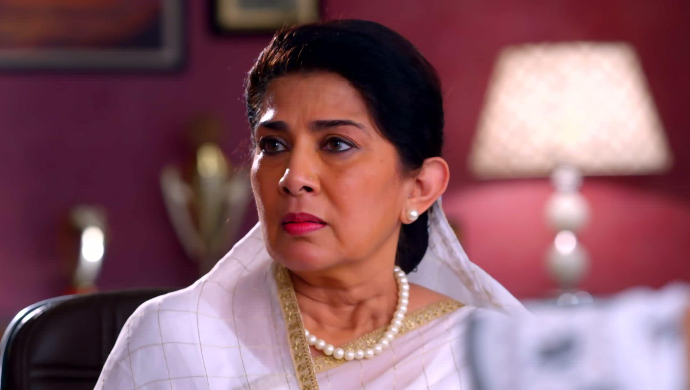 Despite being her stepmother, Anupriya (Poorva Gokhale) from Tujhse Hai Raabta has done more for Kalyani (Reem Shaikh) than most mothers do. She never hesitates to put her life in danger if it’s for Kalyani’s well being. There couldn’t be a better mother to be added to our list.

Preeta from Kundali Bhagya as Bhabhi

When we think of a younger brother, the first name that comes to our mind is Sameer (Abhishek Kapur) from Kundali Bhagya. He would go to any extent for his family and that’s exactly the kind of younger brother you need.

Do we even need to explain why everyone should have a sister like Prachi (Mugdha Chaphekar) from Kumkum Bhagya? She’s literally sacrificing her love for her sister, who doesn’t even love her back. Imagine how amazing would it be to have Preeta, Prachi and Sameer as siblings.

Mukund (Shakti Anand) from Hamariwali Good News is the perfect example of an ideal father-in-law. He even went against his own son, but always supported and defended his daughter-in-law Navya. Any girl would be lucky to have him as her father-in-law.

Also Read: Tujhse Hai Raabta: Kalyani Taking Up A New Identity To Seek Her Revenge Reminds Us Of Vidya Balan From Kahaani

Veer from Apna Time Bhi Aayega as the Elder Brother

From fighting goons to helping with engineering studies, Veer (Fahmaan Khan from Apna Time Bhi Aayega is a perfect husband with all the necessary qualities. Without even knowing his love for Rani, he goes to any extent for her happiness. Now if this isn’t ideal husband material, we don’t know what is!

Who would you pick to be a part of your dream family?