Need Some Musical Inspiration? Then AR Rahman’s Atkan Chatkan Is A Must Watch!

Even though this presentation by the god of music, AR Rahman needs no reason to be watched. Read on to know why one should not miss this inspiring film.

Atkan Chatkan is an upcoming ZEE5 musical drama film which is directed by Saumyy Shivhare. The storyline of the movie is simple yet outstanding. It talks about a young boy, Guddu, who delivers chai and aspires to be a musician. One day Guddu and his friends form a band and decide to take part in a music competition in the city. Atkan Chatkan is presented by the Mozart of Madras, AR Rahman, who has wisely chosen great talented kids who will surely win your hearts with their exceptional portrayal of their characters. Lydian Nadhaswaram, the child pianist will essay the role of Guddu in this film.

Atkan Chatkan stars Lydian Nadhaswaram, Sachin Chaudhary, Yash Rane and Tamanna Dipak in pivotal roles. Atkan Chatkan will premiere on September 5, Teacher’s Day, on ZEE5. Stay tuned for more updates on Atkan Chatkan. Here are 5 reasons why you should not miss the inspirational movie Atkan Chatkan and give it a shot. Well, the biggest reason to watch Atkan Chatkan is that it is presented by the Oscar-winning legendary musician, AR Rahman!

The story of Atkan Chatkan is about a 12-year-old boy Guddu who travels to work far from his village. He works as a help at a tea stall and has the responsibility of his father and sister. He has a passion for music and finds rhythm in almost everything. Apart from Guddu, the movie also narrates a story about other street children who work near Guddu’s tea stall. The movie boosts one’s confidence and teaches us to have a burning passion that only needs careful nurturing to grow and succeed. Stories like Atkan Chatkan are found to capture the real essence of life and teaches us valuable lessons that we often ignore.

Good cinematography adds value to the film and Atkan Chatkan is a visual delight! Subhransu Das has done a fantastic job with their cinematography and has presented a perfect framework. The makers have worked hard in capturing audiences’ attention. The director of the show and his entire team have done justice in narrating the story to the audience while gripping their attention.

The songs of Atkan Chatkan has been sung by some very renowned celebrities like the Bollywood legend Amitabh Bachchan, Sonu Nigam, Hariharan, Runa Sivamani and Uthara Unnikrishnan. Well, you can easily say that the movie has a perfect mix of melodious tracks and foot-tapping songs. The songs will simply touch your soul and add meaning to your imperfect life.

The cast of the Atkan Chatkan includes Lydian Nadhaswaram, Sachin Chaudhary, Yash Rane, Ayesha Jatin and Tamanna Dipak. These kids are a powerhouse of talent! 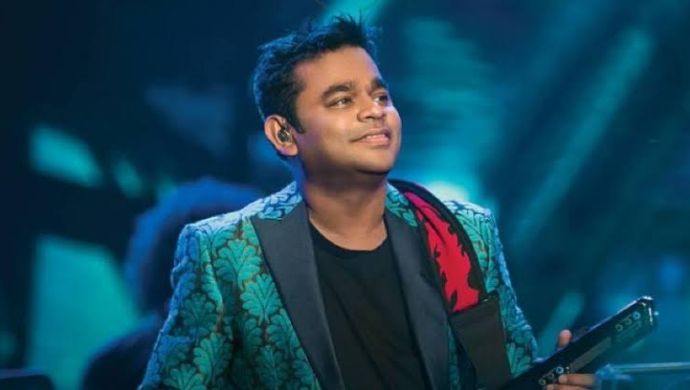 Well, do you really need any reason to watch Atkan Chatkan? The God of music and melody AR Rahman is the presenter of the upcoming movie. We all know how perfect he is in his work. AR Rahman has always managed to touch audiences hearts with his simplicity. and charm