Take a look at a few incidents when misunderstandings in Zee shows ruined some amazing relationships.

While communication is the key, compassion keeps a relationship going and a misunderstanding can ruin the strongest of relationships. Our Zee leads have also been a victim of misunderstandings and almost every good relationship in the show has fallen prey to it. Don’t believe us? Check out some of the instances from the Zee shows below.

Every time Preeta (Shraddha Arya) tried to expose Akshay, she failed and Karina (Usha Bachani) blamed her for ruining Kritika’s life until one day when everybody finally became aware of who Akshay was and how he tried to blackmail Kritika.

Mahira creates a misunderstanding between Preeta and Karan in Kundali Bhagya

During Preeta and Karan’s (Dheeraj Dhoopar) reception, Mahira (Swati Kapoor) wrote a fake letter to make everyone believe that Preeta ran away with Prithvi (Sanjay Gagnani). She even showed the letter to Karan and everyone misunderstood Preeta.

Tanu creates a misunderstanding between Pragya and Abhi in Kumkum Bhagya

On Pragya’s (Sriti Jha) birthday, when Abhi (Shabir Ahluwalia) was all set to propose to her, Tanu sent in a bouquet of flowers in Champak’s name. When Abhi sees the bouquet, he gets jealous thinking that something is going between Champak and Pragya and decides to not propose to her that day. 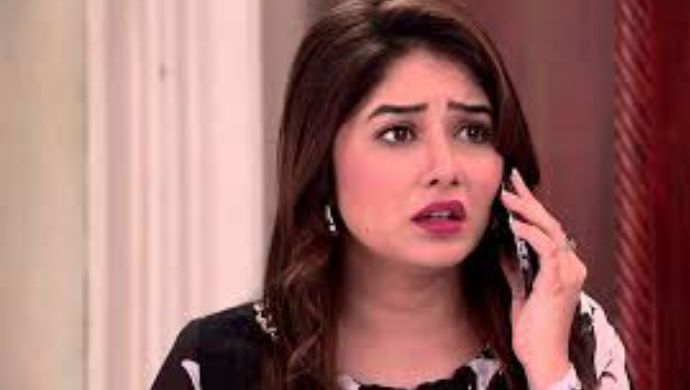 When Aliya (Reyhna Pandit) saw that Rhea (Pooja Banerjee) is inclining towards Pragya during Diwali, she decided to brew some troubles between this mother-daughter duo. She lodges a police complaint against Rhea in the name of Pragya. And when Rhea gets arrested by the police officials, she blames Pragya for it and decides to cut all her ties with her.

Jai Singh (Samaksh Sudi) manipulated Nandini (Sehrish Ali) to give him money. Nandini steals money from the royal treasury and Rani Sa pins the blame on Rani. While she takes the blame to save Nandini, she gets misunderstood by the Rajawat family members.

Neil (Rajveer Singh) comes to Chahat’s (Pratibha Ranta) house and holds Mr Baig at gunpoint to find out about Naveli’s whereabouts. While Neil is merely threatening, someone fires a bullet from the window thereby killing Mr Baig. Chahat gets devastated to see her father die in front of her eyes and blames Neil for killing him.

When Kalyani (Reem Shaikh) was blaming herself for killing Sunita’s husband, Malhar (Sehban Azim) was trying to find out the truth. But when his senior officer blames Kalyani, Malhar starts thinking of her as the culprit. He doesn’t even oppose when Kalyani gets arrested and is asked to go through the lie-detector test.

Mahi and her family blame Jogi for marrying her in TMIJ

Mahi (Amandeep Sidhu) was about to get married to Arjun when Jogi (Adhvik Mahajan) took his place. Jogi did it to save Mahi but she and her family blame him for ruining their reputation. Mahi misunderstands Jogi thinking that he forcefully married her without her consent whereas the reality is starkly different.

Pappu and Chanda wanted Mahi to suffer. They created misunderstandings between Mahi and her family by clicking intimate pictures of her with Jogi. They ruin her reputation while also prompting Arjun to end his wedding.