To look good on screen, you got to have a great body, and fitness needs to be a priority for you. There are Bollywood actresses who showed their passion for their art and went from fat to fit

An actor’s job is not a cakewalk. An actor needs to constantly work on his or her image. They are surrounded by cameras all the time with fans swarming to take one look at their idol. They get trolled if they don’t look up to the mark or if they don’t fit the bill. Some actresses in Bollywood took it seriously and lost a whopping amount of weight to look their stunning best. Here they are 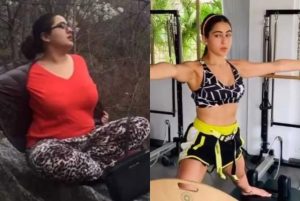 Sara Ali Khan is one of the most promising actresses in the new generation of Bollywood actors. She has been constantly grabbing attention for her acting skills, her chirpy nature, and her social media skills. Sara has garnered a lot of fans with her beauty and wit. But Sara’s journey has not been a bed of roses. She is battling PCOS, which is a disease that makes a woman gain weight, and losing weight with PCOS is not easy. She used to be obese and she gathered the courage to lose weight. She looks fit, slender, and stunning now but many few would know that she weighed 96 kilograms once! 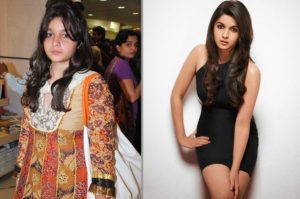 Alia Bhatt is one of the cutest and the most talented actresses in Bollywood. But few of us know that Alia too struggled with her weight and was chubby as a young girl. Alia wasn’t always toned. She just added a lot of exercise to her healthy lifestyle to get to where she is now. When she auditioned for her debut film, Alia was a chubby and cute girl but with the help of her instructors, and a lot of hard work and determination, she fit into her character who had to be young, slim, and got the girl. 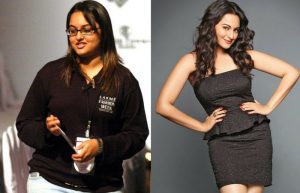 Sonakshi Sinh was overweight before she entered the film industry. She was low on confidence but was charismatic even then. She wanted to pursue fashion designing but life had other plans for her. She trained very hard to lose her extra kilos and became very fit. She credits her fitness inspiration to Shahid Kapoor and Salman Khan. Both the actors gave her a boost to become fit.

These actors are gorgeous either way and they entertain us with their talent.