ZEE5 announced the second season of Code M, with Jennifer Winget reprising her role. Take a look at the official announcement.

Code M, the series based on a murder case of an army officer, is all set to get a second season. The first season, starring Jennifer Winget, Tanuj Virwani, Rajat Kapoor, and Seema Biswas had received much love from all the fans. Jennifer Winget’s performance as Major Monica Mehra was also loved by the audience. Recently, ZEE5 announced its next season in a great way. Read on to find out.

Code M season 1 was the story of a case of the death of an army officer, which seemed open-and-shut on the first look but got more intense as the plot unfolded. Jennifer Winget’s character in the series, Major Monica Mehra, is a dedicated and fearless army officer, who takes up the investigation of this case, just days from her wedding. She investigates the case to find out two of the suspects are hiding more than just one simple truth. 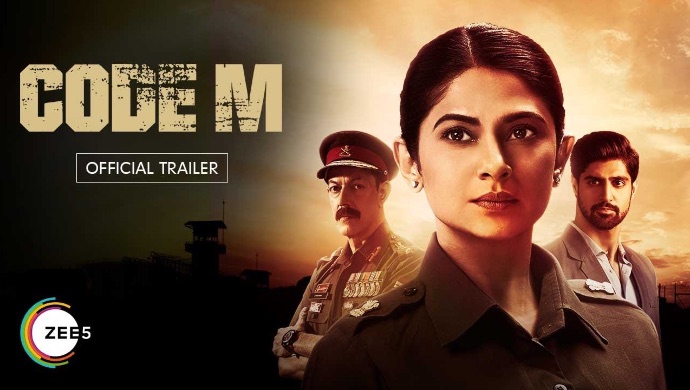 The case then opens revelations about homosexual relationships and caste discrimination. After Major Monica Mehra achieves success in her investigation, the show ends with a tribute to the Indian Army. Season 1 was written by Shubhra Chatterji, Aparna Nadig Aniruddha Guha, and Sulagna Chatterjee, and directed by Akshay Choubey.

On the Indian Army Day, 15 January 2021, ZEE5 announced the second season of the show, with Jennifer Winget resuming her role as Major Monica Mehra. The announcement video shows Jennifer Winget paying her tribute to the Indian Army, and speaking about how the soldiers fearlessly place their nation before their family.

Saluting the soldiers on their bravery, Jennifer Winget then says that she is going to return as Major Monica Mehra, in the second season of Code M. The shooting for the second season will soon begin. Till then, catch up on the first season again – Code M on ZEE5.