Well, after the release of an OTT version of the Bigg Boss reality show and the ending of the season, makers have decided to not keep the audience waiting for a longer period of time and the new season is all set to kick-start on October 2 2021. The makers have revealed the jungle theme this time and its tagline is ‘Jungle Main Dangal.’ In every season, a unique theme is picked and is loved by everyone. Doing things differently and taking up things a notch higher the participants will be divided in three teams lead by Rubina Dilaik, Gauahar Khan, and Shweta Tripathi. The contestants will fight against each other to secure their place in the main house. Several names of popular celebs are popping up who will participate in the show including Karan Kundra, Neha Marda, Tina Datta, Umar Riaz, Tejaswini Prakash, Nishant Bhat, Donal Bisht. Bigg Boss OTT finalist Pratik Sehajpal is the first confirmed contestant of the show.

Talking about some sections of the house, the makers have stuck very well with the theme and you can see beautiful flowers, swimming pool, hippie themed cafe and in one corner there’s a beautiful yellow colour bus that opens up as a cafe when opened and looks absolutely gorgeous. There is this yellow-colored car parked in the house and looks quite beautiful. 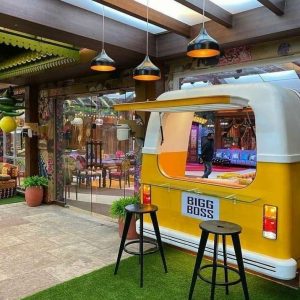 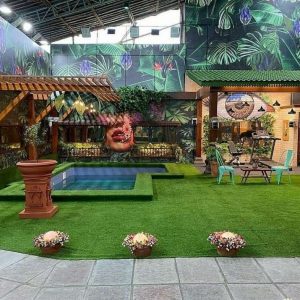 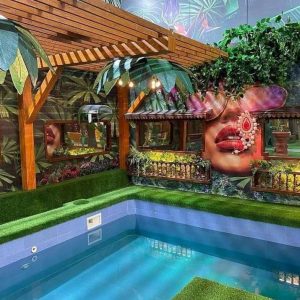 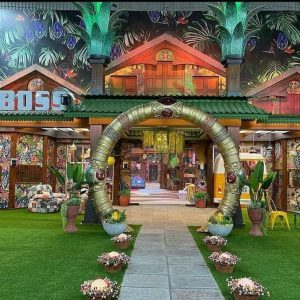 Salman Khan who is the main host of the show promised a crazier and a bigger season this time. Looking at all the set up a little early before the actual season has leveled up the excitement and the audience have put their guesses out on what and how the season would be.

The show has always managed to pick up the attention of the audiences no matter from which episode you see with the contestant’s ugly fights, catfights, love angles, and much more controversies. Right from the speculative contestants’ list to the unique jungle theme, fans of the show are quite eager to know more about Salman Khan’s show.