In the recent episode of fans, favorite reality show Bigg Boss 15, audiences saw how this pure friendship is seen getting a huge dent and crack as Karan Kundrra gets into a war of words with Nishant Bhat

This is true that as the controversial reality show is slowly inching closer towards its finale which is just a few days away now, the competition level inside the house is getting much intense and challenging each second and minute since now the challenger’s entry has gotten the contestants so pumped up and charged that now it is a do or die situation for them since they all have been performing the tasks given by the challengers Surbhi, Akanksha, Vishal and Munmun to them which have been extremely difficult enough but to secure their place alongside Rakhi in the finale, everyone is seen giving in their thousand percent to the tasks and for a change, no one is plotting to collectively make it canceled or radh and this dedication and spirit has impressed audiences and fans as well who are now feeling happy to see all of them perform the tasks with so much of focus and dedication.

The show is full of high voltage drama and unexpected twists and it presents a perfect balance of physically aggressive fights, verbal spats, love stories, new friendships being formed, old ones getting broken, and also loyalties are getting tested each minute we all saw how the former good friends Karan Kundrra and Nishant Bhat are at loggerheads with each other and none of them is ready to back down during the no reaction task in between Shamita and Pratik and Nishant like a real and true best friend was standing strongly in support of Pratik Sehajpal who was seen getting subjected to slandering mean comments. 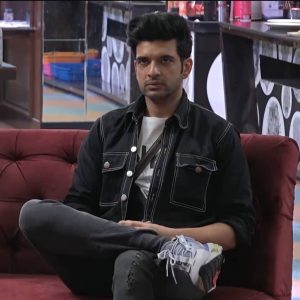 Karan and Umar were the sanchalaks during the task with Rakhi Sawant and Nishant got irked by Karan’s new rules which led to a big showdown between them and Karan asked Nishant that is he getting tense and scared that they all might go against Pratik and labeled Nishant as a ‘phattu’ along with addressing Pratik as a ‘toddler’ in which he said that he does not know anything and gets angry if said anything to his toddler Pratik and added that no one would say anything to his toddler Pratik and on this Nishant losing his calm and temper lashed out on him saying that all he knows is how to win the game by cheating or using violence.