After the recent game which got ended by Bigg Boss after the discussion between both the sanchalaks, as it had been a tie due to Devoleena’s unfair decision, all the housemates label Devoleena Bhattacharjee as an unfair game referee

This is true that ever since the entry of wildcard VIP contestants Rakhi Sawant, Rashami Desai, Devoleena Bhattacharjee, Rakhi’s husband Ritesh, and Abhijit Bichukale, the fans favorite and popular controversial reality show Bigg Boss 15 has become very entertaining, serious, challenging, intriguing full of fireworks and is no more monotonous and redundant as finally audiences and fans are getting the real game which is commenced in between VIPs and NON VIPs now which is grabbing attention and eyeballs of everyone and is also piquing curiosity to make us feel what is going to happen in next forthcoming episodes.

In the recent episode, we saw how strongly both the teams of VIPs and NON-VIPs battle it out for the coveted prize money of 50 lakhs which is residing with the five fiery VIP members of the house with the interesting concept of BB Games which was a series of tournaments in which the NON VIPs had to run behind the prize money and VIPs had to do everything to save it from them and for these games, Bigg Boss made Devoleena referee for VIP team and Shamita was the referee for the NON VIP team. 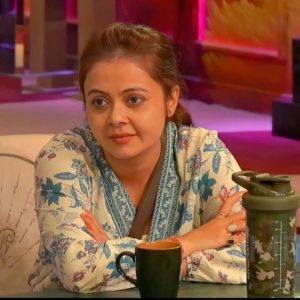 We also saw how all the contestants played Polo as a part of the BB Games task in which Tejasswi and Karan were up against Rakhi and Ritesh and while both Karan and Ritesh turned horses, both Tejasswi and Karan sat on the backs of their partners and had to score a goal for their teams and when Rakhi scored the first goal, VIPs applauded them but when Tejasswi scored two goals constantly that time Devoleena acted adamant and didn’t acknowledge that fact at all and turned blind eye to it and declared game as a tie of 1 – 1 as Devoleena refuses to accept the clear decision of NON-VIPs winning the task and then Shamita also takes a call of declaring it as a draw so that they don’t lose the money and then Umar Rajiv laud Shamita’s decision and ask Devoleena to learn from Shamita and then Bigg Boss declares task is over as NON-VIPs couldn’t earn any money but VIPs still have the huge amount of 45 lakhs with them and then we see how Shamita breaks down saying all this was really unfair and so not done for their team who played fair and square.