After the shocking eviction of Neha Bhasin from Bigg Boss 15, in a recent interactive Q N A session with fans, she talked about the important lesson that she learned inside the house and much more

We all know that especially in this season, Bigg Boss 15 has always been associated with physically aggressive fights in between contestants, using bad derogatory expletives against each other, taking stands for what is morally correct, and using physical strength along with playing mind games for going ahead in the game, we also know that now post the wildcard entries, the show has gotten more challenging and thrilling along with the tadka of entertainment with Rakhi Sawant, Rashami Desai, Devoleena Bhattacharjee, Abhijit Bichukale and Rakhi’s husband Ritesh’s entry in the house who are already making the lives of contestants more tough and difficult as well where now even the celeb contestants have tightened up themselves and pulled up their socks for making the life of the VIP team more difficult and a bed of thorns as the VIPs are just using derogatory language and bad air headed attitude which is making the contestants feel more pissed off and angry as well.

A few hours back, we saw that Neha Bhasin took to her Instagram stories and within the interactive Q N A session with her fans she spoke about many things related to her journey in Bigg Boss 15 house.

When a fan mentioned how much he liked Shamita and her personality and also asked if she and Shamita are good friends outside the house as well, and here Neha replied saying a Yes. 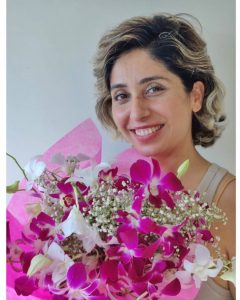 When a troll tried trolling Neha Bhasin by mentioning how it was she who started this all and not only Pratik’s fault that she pointed out and also added that she did lap dance on him and also hugged him even after being married and how can she forget this and giving a savage reply to troll, Neha shared that it is always seen as a woman’s fault in this society and mentioned that would he also like to receive a lap dance and told him to follow the Sanstha channel as this is a no-judgment zone.

In the next story, when a fan mentioned that how she always said good about Umar but he always was seen back bitching about her saying that Neha always wants to keep her bonds strong with all guys, and on this Neha replied it is his karma and also mentioned why would she badmouth him just because he doesn’t have the ability to understand her and the statement was sexist but she doesn’t care now.

When a fan also added how Vishal has been talking shit about Shamita in interviews and she is still defending him in the show right now and told her to call out Vishal. On this Neha shared that if this is what he has been doing now then once Shamita is out she would know the truth and added how her calling him out won’t change anything and added that she expected better though.

When a fan mentioned how is she still hung up on Pratik and that she has not seen him so vulnerable which she was within the last few days of her stay in Bigg Boss and on this she said that vulnerability is an integral part of her personality and she has stopped judging it and she embraces it now.

(Also Read: Bigg Boss 15: Neha Bhasin Spills The Beans About This Contestant; Shares, ‘I Have Lost My Faith In Nishant Forever’)

Finally also mentioning the fan’s question of what she learned inside the Bigg Boss house, Neha revealed that it is not her world.