Shagufta Khan aka SIA KHAN, a young, lively girl, born, raised and based in Mumbai. From childhood, music played a prominent role in Sia’s life. She used to spend time listening to various artists from all around the world. SIA KHAN’s First Debut Song Crossed 100K Views Today’s generation knows how to make a better […] 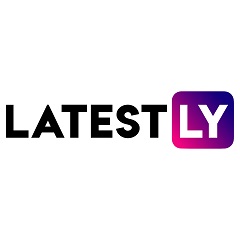 Shagufta Khan aka SIA KHAN, a young, lively girl, born, raised and based in Mumbai. From childhood, music played a prominent role in Sia’s life. She used to spend time listening to various artists from all around the world.

Today’s generation knows how to make a better life for themselves and achieve success. They are well aware that success won’t come knocking on their door. Everyone has to work hard and make decisions that will change their life forever. That’s when she decided to make a career in the music industry and launched her first debut song and acted in it.

A trained singer, who launched her first singing debut with the song “Yeh Pal Phir Aaye Na Aaye” which has crossed 100k + views and has won many HEARTs and AWARDS.Including our legendary singer Asha Bhosale, Asha mam has appreciated Sia for her song and liked it a lot.

Tiger Shroff’s Song Unbelievable Out! the Actor’s Voice Is as Smooth as His Dance Moves (Watch Video)

She is also working with many Bollywood personalities and well-known brands.

Sia is also a vlogger and has her own You Tube channel where she promotes and posts about multiple products and reviews.

A successful influencer who has over 150k followers on Instagram. Siakhanofficial

Sia is celebrating on hitting 500k followers on Facebook. Siakhanofficial

In the coming time, Sia Khan has a lineup of projects including originals, music videos and albums. Besides launching new music artists, many collaborations with well-known singers are in store for the coveted record label.

Sia is happy with the success of her debut song and she plans to release more songs on her YouTube channel and has collaborated with some amazing musicians. Soon, she will make an official announcement on her social media platforms.

She is super excited for that, Sia says “I am incredibly amazed by the support and fondness of my Instagram followers. Your constant comments, appreciation, likes, and sharing my content is what made me so strong in the world of social media. Deeply overwhelmed with the response. Please receive my affection and blessings!